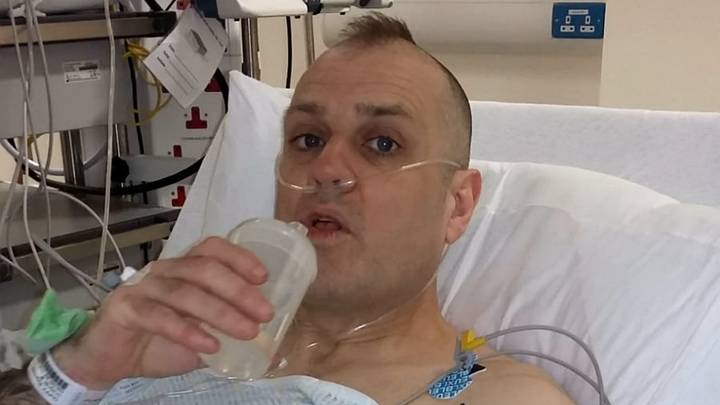 Ray Duffy in the hospital

If you do not ask, you will not receive. This story is a testament to the power of asking even when it seems absolutely ridiculous.

Ray Duffy decided to go under the knife at Edinburgh Royal Infirmary after receiving a letter in his eBay package from the wife of a man waiting for a transplant.

The 53-year-old said: “Back in 2013, my partner bought a top on eBay and it arrived wrapped up in brown wrapping paper which the sender had hand-drawn cartoons of animals all over.

Ray Duffy with his wife Zoe before the surgery

“She had also written a thank-you note explaining that her husband was on the transplant waiting list, had lost his job and that now and then they would sell things they didn’t need on eBay so they could buy their kids a treat.

“I’ll never forget it. It was just a really nice gesture from a complete stranger and I couldn’t help feeling a bit queasy – here we are in the 21st century and there are families struggling while waiting for transplants. I felt so helpless.”

The operations manager, from Gordon in Berwickshire, said he remembered thinking, “If I could, I would give her husband my kidney,” but explained that he “didn’t know living organ donation was legal at that time”.

Ray kept the note safe and said he would “read it and think about it every so often” but it wasn’t until 2015 when stuck in traffic on the Edinburgh City Bypass that he learned about altruistic organ donation, where a living person anonymously donates organs to a stranger.

Ebay note from the stranger

He said: “I went to change the music on the radio and I pressed the wrong button and accidentally tuned into an interview of a man speaking about his experience donating a kidney.

“That was the light bulb moment, I just knew I was going to do it. I registered in November and started the assessment process straight away.”

After the year-long process of mental, physical and medical assessments which ensures he was in a fit state to undergo the operation in March 2017, Ray checked in to the Edinburgh Royal Infirmary to undergo the surgery.

He said: “It was a very humbling experience to be able to do something like that for someone else. I know it’s not for everyone and it’s a huge decision but for me it just felt right.”

Since his operation, the keen climber has undertaken many awareness-raising challenges to promote organ donation, the next of which will see him take on the eight-hour vertical climb of the Old Man of Hoy sea stack in Orkney on Monday.

Ray, who quickly regained full health after the operation, now works with Give a Kidney to help educate people about organ donation. 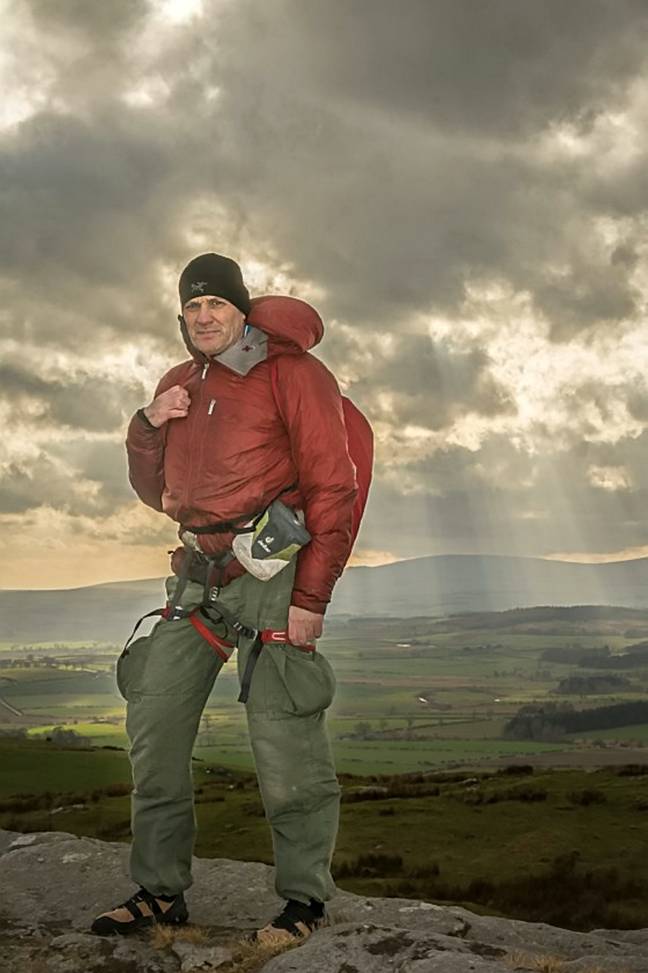 Give a Kidney chairman Chris Jones said: “Mr Duffy’s climbing challenge is brilliant because it shows that donors come back to 100 per cent health after donating.

“In Scotland, there are over 400 people who need a transplant. With efforts like Mr Duffy’s, we hope to get more people donating kidneys.”