I welcome you to this series on deliverance through the balanced word of God. This write-up is to help you come to an understanding of the wiles of the devil because he is on rampage and taking advantage of the ignorant believers who believe Christians cannot be in bondage. The common scriptures usually sited in their defense is Colossians 1:12-14: “Giving thanks unto the Father, which hath made us meet to be partakers of the inheritance of the saints in light: Who hath delivered us from the power of darkness, and hath translated us into the kingdom of his dear Son: In whom we have redemption through his blood, even the forgiveness of sins:…” A close look at this passage clearly reveals the deliverance gotten at salvation. The Lord by his death and resurrection took the oppressed out of the mouth of the lion at Calvary. The snare of eternal damnation was broken and we escaped. (Ps. 124:7). If their argument holds true then Paul’s admonition to fornicators and wicked believers in the Church should not have been necessary (I Cor. 5:1-13).

Having briefly clarified that, what is oppression? Oppression is the same thing as to be in bondage. When a person is oppressed he does things that are obviously beyond human reasoning, and plays the fool beyond his or her own control. Oppression kicks in gradually and grows in hooves and horns as the days go by when nothing is done to restrict or confront it. The trick is that the devil starts with a toe-hold, moves to a foot-hold, steps up to a body-hold and culminates in a stronghold.

For example a man starts out with cigarette and after a while when he does not feel high as he used to, he moves to Indian hemp, coupled with some degree of alcohol. When these combinations do not keep him high he graduates to heroin and then finally Cocaine. By this point he is hooked and begins to decline into rapid destruction that requires his admission to a facility for rehabilitation. This might not be the same for all, however it is an example to set us thinking about the trap set in our path by the devil.

Who is a wise man? Of course a believer in Christ is one, because he through the power of the Holy Spirit has been filled with wisdom of God through salvation. “Who is a wise man and endued with knowledge among you? let him shew out of a good conversation his works with meekness of wisdom.” (Jas 3:13). “See then that ye walk circumspectly, not as fools, but as wise,..” (Ephesians 5:15). “And that from a child thou hast known the holy scriptures, which are able to make thee wise unto salvation through faith which is in Christ Jesus.” (2 Tim 3:15)

Allowing satanic bondage to hold sway in one’s life as a Christian is temporary insanity that leads to destruction. When a person against his wish is involved in uncontrollable urge for adultery, fornication, uncleanness or theft he is in bondage. Just like a brother I prayed for several years ago who had the uncontrollable sexual urge. He fulfilled the need once daily by meeting with a prostitute. When it grew to twice daily, and was always in debt because he was forced to have a retainer-ship of the services of a prostitute to the point of penury he cried out. He could not keep a job down, yet continued to borrow money to fulfill this expensive urge till God delivered him. He was a wise man that oppression made mad. The works of the flesh took over him and rendered him powerless (Gal. 5:19-21) Even though he knew “…that they which do such things shall not inherit the kingdom of God.” Yet he could not stop the madness.

The bible makes us to realize that those who choose to disregard this truth are fools “Professing themselves to be wise, they became fools,” (Rom. 1:22) Because of their oppression and their madness “…God also gave them up to uncleanness through the lusts of their own hearts, to dishonor their own bodies between themselves: Who changed the truth of God into a lie, and worshipped and served the creature more than the Creator, who is blessed for ever. Amen. (Rom. 1:24-25). Their madness is crowned by the fact that “..knowing the judgment of God, that they which commit such things are worthy of death, not only do the same, but have pleasure in them that do them.” (Rom. 1:32) This is madness cry out if you and in this kind of bondage and may God find you help in Jesus name. See you at the TOP.

Taiwo Ayeni is the President of Rehoboth Bible Ministries Inc., in Grand Prairie, Texas. He lives with his wife Abidemi, Son Rereloluwa and Daughter Oreoluwa in Grand Prairie Texas. He has authored several books and the recently published is “Help For Troubled Destinies” on www.authorhouse.com. Contact: Website:www.rehobothbministries.org; email:[email protected] or Tel: 9727427365. 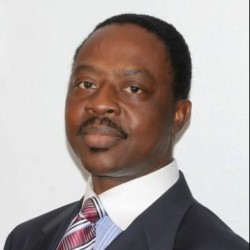 Latest posts by Taiwo Ayeni (see all)
Pay attention to your dreams Why parents need to be more vigilant
Loading Facebook Comments ...