Satisfied With Imperfection by Hank Lamb

The 2012 Summer Olympics in London were phenomenal. Many Olympic and world records were broken. Here’s one example: The U.S. men’s Olympic basketball team beat Nigeria 156-73 in an epic blowout. They broke the Olympic record for most points in a game with 4:37 still to play, and set U.S. records for three-pointers (26), field goals (59), and field-goal percentage (71). The previous record for most points in a game was 138 by Brazil in 1988 against Egypt.

One of the greatest moments in Olympic history took place in the 2008 Beijing Games. Michael Phelps was going for eight gold medals that year. As the Visa commercial captured so poignantly with the inimitable voice of Morgan Freeman, “The difference between glory and heartbreak at the Olympic Games can be as quick as the blink of an eye or a flash of lightning. For Michael Phelps, a hundredth of a second was the difference between winning seven gold medals and winning eight.”

There were many close calls, controversial calls, heartbreaking losses, and exhilarating victories. But through all of the events and competitions did we ever see perfection? Probably. Perhaps. For a moment…maybe.

Think about it. These athletes have devoted the last four years of their lives (and for many of them three times that or more) to compete for 20 seconds or two minutes in their event. Can you imagine devoting your life, as many gymnasts do, to compete in events that will define your career? In one moment, on one day, before one set of judges, you are judged for your performance.

The word “perfect” derives from the Latin word perficere, meaning to make thorough, or complete. The Oxford English Dictionary and Webster’s Dictionary give several related uses of the word: complete in all respects; without defect or omission; flawless; in a condition of complete excellence; faultless; completely correct or accurate; exact; precise.

In the Sermon on the Mount, in Matthew’s gospel, Jesus says, “Therefore you are to be perfect, as your heavenly Father is perfect” (5:48). Really? Is He serious? Can we attain perfection? The Apostle Peter is explaining in his first epistle how Christians are to live obedient lives. He says, “but like the Holy One who called you, be holy yourselves also in all your behavior; because it is written, ‘You shall be holy, for I am holy’” (1:15-16).

There’s a Father’s Day card that reads: “Dear Dad, They say the sins of the father are visited upon the young. In view of the fact that I’m perfect you can’t be all that bad yourself.”

The Greek word commonly translated “perfect” (telios) has the connotation of working toward the telos, which means “end.” So “teleological” perfection means becoming all that you are supposed to be and finding perfect satisfaction in that state.

Paul understood this well. In Philippians 3:12-14, he writes, “I don’t mean to say that I have already achieved these things or that I have already reached perfection. But I press on to possess that perfection for which Christ Jesus first possessed me. No, dear brothers and sisters, I have not achieved it, but I focus on this one thing: Forgetting the past and looking forward to what lies ahead, I press on to reach the end of the race and receive the heavenly prize for which God, through Christ Jesus, is calling us.”

Earlier, in Philippians 1:6, Paul offers these wonderful words of encouragement, “For I am confident of this very thing, that He who began a good work in you will perfect it until the day of Christ Jesus.” PTL! 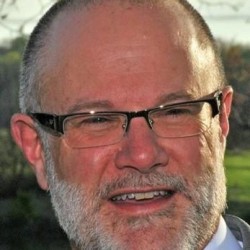 Latest posts by Hank Lamb (see all)
Salad Days: A sandwich between greens hearty enough to make a mealHow Should a Christian Husband Love His Wife? By Angie Lewis
Loading Facebook Comments ...