Too Hot in Here – Drawing the pre-marital sex line

IF YOU ARE NOT MARRIED BUT YOU’RE IN A SERIOUS RELATIONSHIP THAT IS HEADED TOWARD MARRIAGE, WHERE DO YOU DRAW THE LINE ON PHYSICAL CONTACT?

Do only what you would do in front of your father. If you can’t relate to that because of a broken or unhealthy relationship with your natural father, substitute spiritual father. If you wouldn’t do it in the presence of your pastor, don’t do it.

Everything you do, of course, is fully visible to your Father in Heaven. But the extent to which that truth is really a part of us depends on the closeness of our relationship with the Lord. Know that the fear of the Lord is the beginning of knowledge (Proverbs 1:7). If you don’t fear God—which means to revere Him, to see Him as holy—you don’t really know God.

The Word of God commands us to “flee from sexual immorality” (1 Corinthians 6:18). That means run—run like the wind. Run like Joseph did when Potiphar’s wife made advances on him—he wriggled out of her grasp so quickly that he left his clothes behind. He didn’t care. See, Joseph feared God.

Sexual immorality means any sexual contact outside of marriage. And “flee” means that we don’t play with it, flirt with it, reason with it, see how far we can go with it, or do everything but and say we didn’t really have sex. Flee means flee. Think: cloud of dust. Receding dot on the horizon. Pretty simple, huh?

Your body and your soul are engineered to go when it comes to sex. That’s a wonderful thing—God made us that way. It is exhilarating to be married and know that the boundaries in your bedroom are solely between you, your spouse, and God. It is a blessed thing to have sex in freedom, with no shame, no guilt, no reproach. It is so worth waiting for.

Now let’s look at a few practical matters, starting with passionate kissing, also known by the colloquial term French (or open-mouth) kissing. Let’s be real. Passionate kissing mimics the movements of sex—penetration, friction, etc. It is, in fact, a prelude to sex. Given a bit of time and a sliver of opportunity, it will end in sex. I warned you.

Do I really need to talk about oral sex or sexual touching? You silly little ninny, that is the same as sex, just without penetration. You are attempting to stimulate one or the other of you to orgasm. You done had sex, OK?

Moving on. If you or your boyfriend/girlfriend has a sexual past, you need to be even more vigilant about not having any physical contact apart from a peck on the cheek, a swift upper-body hug, or publicly holding hands. If you can even deal with that. You’ve gone down that path before, and the devil would love to send you hurtling down it again.

Scripture bears this out. Song of Solomon says, “Do not awaken love before its time” (8:4). This means that our sexual desires are not meant to be awakened until the appropriate outlet for them is in view—i.e., marriage is right around the corner. Unfortunately, for the vast majority of us, love was awakened way before its time. Now we’re dealing with this wide-awake thing that absolutely refuses to go back to sleep. If your girlfriend touches your body, the sensations immediately travel to your private parts. It might not be as instant for the woman—she has more at stake in sex, so there is usually some hesitance—but she isn’t far behind, trust me.

(Sisters, don’t be stupid. Do you know what touching does to your boyfriend? Ask him. And brothers—your Father is listening—be honest.)

While we’re at it, can we do away with these ridiculously long engagements? Six months is about as much as the best of us can handle. Believe me, God is far more interested in your purity than in your big, elaborate wedding.

If you’re engaged to a believer and things are getting too hot, back off and move up the wedding date. God will make a way. Auntie Jo and Uncle Poo will get over it eventually. It’s all about pleasing your Father, anyway. He is the only One who matters.

Mrs. Happy has been married to one man for a long time. 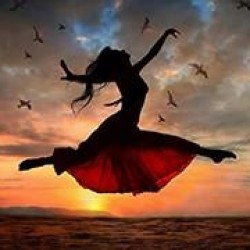 Mrs Happy
has been counseling married couples for years.

has been counseling married couples for years.